"I just think that you like hearing yourself say 'booger' and 'fart', and 'underpants' in public."

That was Kerri's general assessment of the talk I gave yesterday at the Concord Public Library.

"Well, duh," I replied, "I think they gave me the award because I write about farts and boogers."

"And underpants," added my daughter, Victoria. 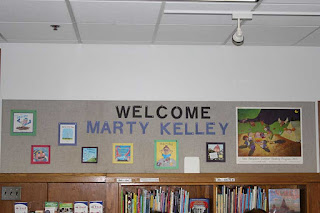 It is true that I may have stressed the fart and booger motif a bit more than was absolutely necessary yesterday after I was awarded the Elizabeth Yates Award. It's an award given annually to a person who inspires children to read. When Karen Landsman called me a few weeks ago to tell me I had won the award, she specifically mentioned the appeal that my books have for boys. This is a delicate way of saying that I write about disgusting things.

Naturally, when she told me that I should plan on talking for about 20 minutes, I took it upon myself to elaborate on all that is gross. I assumed that this was the entire point of the afternoon.

"I'm pretty sure the library trustees didn't need to hear about puking and eating boogers," Kerri said. "At least, not a dozen times."

But the entire afternoon wasn't devoted exclusively to farts, vomit, and poop.

There were snacks to go along with it.

But, and this was sheer brilliance on the part of the organizers, before they could have snacks, people had to listen to everyone talk. Including me.

There were a variety of speakers, all effusive and eloquent.

And, after all those wonderful speakers, I began speaking and really brought the tone of the entire event down.


Some of my friends in attendance were visibly displeased at this point. There was evidently some slight problem with the invitations that were sent out. This was the official invite. 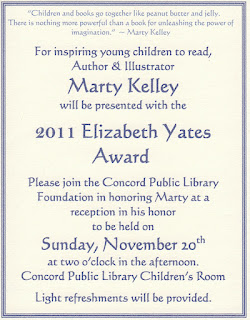 But, somehow, all the ones I emailed to my friends arrived looking like this: 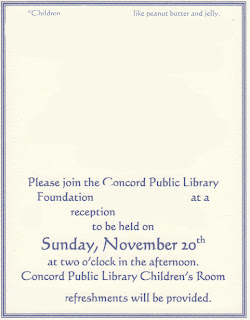 Obviously an egregious error occurred in transmission and I'll be speaking about this to whoever is in charge of the internet.

I talked and talked and talked while the audience dreamed of cookies, cider, and munchkins, tantalizingly in sight, but just out of their reach.
Karen Landsman presented me with a certificate and a plaque and, as part of the ceremony, asked me to hang the plaque up on the wall. 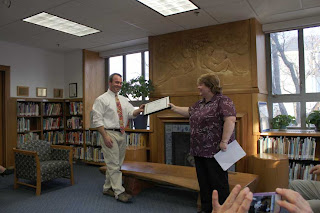 This was thrilling for the audience. 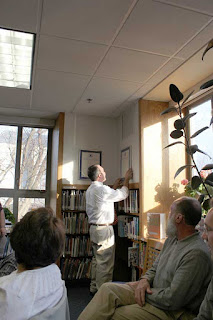 And it only took me about 15 minutes to find the little hook thing and get it hung. 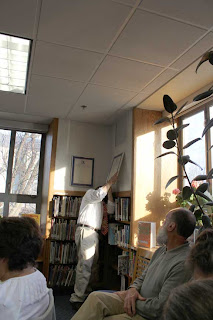 After I finally managed to hang it, Karen thanked everyone for coming and freed them to eat snacks.
My father-in-Law used the opportunity to fix the plaque that I had just hung. It wasn't up to his exacting standards. 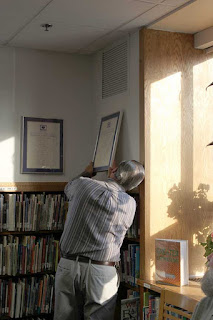 Once people were free to eat, much of the hostility cleared from the air.
There was music provided by the very talented 14 year old, Madeline. 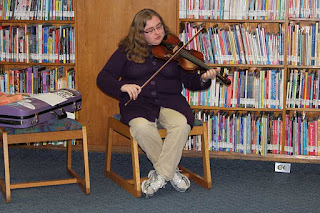 And, in a brazen, flagrant violation of the rules, we feasted in the library. 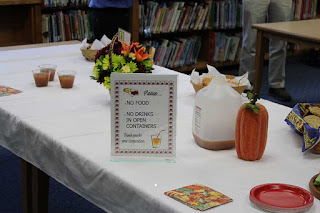 It was a fun afternoon for me because I got to talk and talk and talk and nobody could interrupt me or tell me to put a sock in it. I got snacks, a certificate, and was surrounded by family and good friends. My pals, Laura and Amy even brought gifts and cards from their students at Sandown Central School. You may recall that this is the same school where a kindergartener asked me if she could have my underpants. 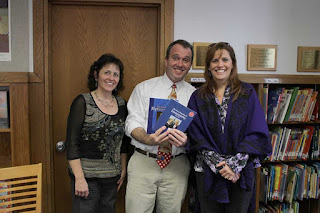 Despite the fact that none of the library trustees asked for my underpants, it was a great afternoon. I'm flattered and humbled to have been given the Elizabeth Yates Award and I'll do my best to carry out the duties entrusted to me by writing about boogers even more.
Email ThisBlogThis!Share to TwitterShare to FacebookShare to Pinterest
3 comments